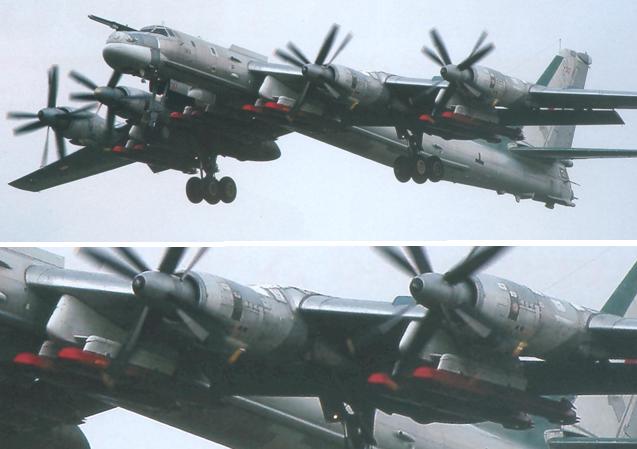 Russia’s military announced that up to 10 of its strategic bombers would carry out patrols Oct. 16 over the Atlantic, Arctic and Pacific Oceans and the Black Sea.
“Up to 10 long-range aircraft, Tupolev 160s and 22M3s are taking part in these exercises, with in-flight refueling,” Air Force spokesman Col. Alexander Drobyshevsky told Russian news agencies.
Each plane will be in flight for eight to 16 hours, Drobyshevsky said, adding that the flights were for training purposes and conformed with international regulations on the use of airspace.
Russian President Vladimir Putin had announced the resumption of long-range flights in international air space on Aug. 17.
Such flights were standard during the Cold War standoff with the U.S. and its western European allies but were abandoned in 1992 amid financial difficulties that followed the Soviet collapse.
Before and after Putin’s statement, Britain and Norway had to scramble jets to intercept Russian planes near their airspace.
Russia’s head of strategic aviation Gen. Pavel Androsov has said the aircraft will not carry nuclear weapons and that the main aim of the flights was to improve training for pilots.
The nuclear-capable TU-160, whose NATO designation is Blackjack, was the most powerful combat aircraft of the Soviet-era air force.
The nuclear-capable TU22M “Backfire” is capable of long-distance flights and able to fly low to avoid air defenses. Both are supersonic jets that can be refueled in flight.

"A naval attack group including the Admiral Kuznetsov aircraft carrier, the Admiral Levchenko and Admiral Chabanenko anti-submarine ships, and the Sergei Osipov and Nikolai Chiker support ships successfully performed its duties on rebuffing air strikes and ensuring anti-submarine defense during a marine cruise as part of a tactical exercise," Dygalo told Interfax on Saturday.

"Ka-27 helicopters took off from the aircraft carrier" during the exercise, Dygalo said.

"The cruise of the Northern Fleet naval attack group has drawn special attention from the intelligence services and naval forces of the NATO states," he said.

"At 1:40 p.m. Moscow time on December 7, an Orion patrol aircraft of the Norwegian Air Force flew over the naval attack group. A Nordkapp- class frigate of the Norwegian coastguard forces has been escorting the attack group and monitoring its maneuvers over the past two days," Dygalo said.

"The Norwegian ship started escorting and monitoring the Russian warships at about 8:00 p.m. on December 6, and it is currently moving parallel to it 40-50 cable lengths away," he said.

The Russian ships are continuing their planned journey toward the Northeastern Atlantic and the Mediterranean.

Two support ships, the Lena and the Kola, left the Baltiisk port, the main base of the Russian Baltic Fleet, on December 7 and will soon join the Northern Fleet attack group. va rp 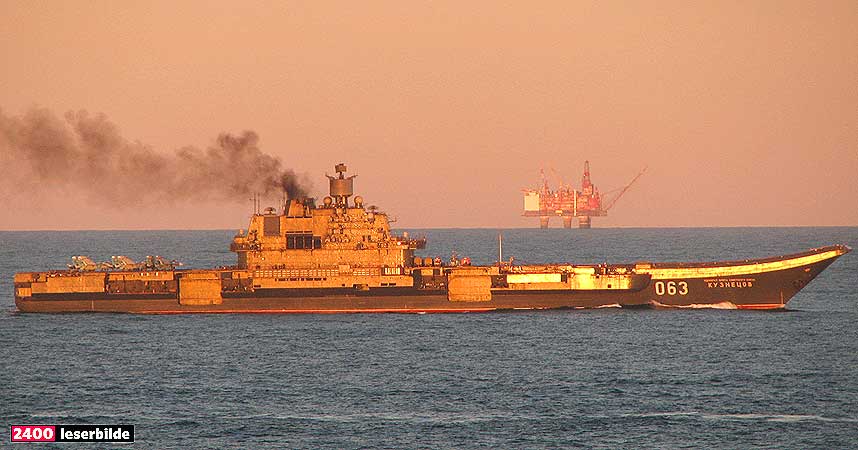 MOSCOW, January 8 (RIA Novosti) - Russian Navy carrier Su-33 aircraft and combat helicopters have launched a training exercise over the Mediterranean, an aide to the Russian Navy commander said on Tuesday.

The Admiral Kuznetsov's main fixed-wing aircraft is the multirole Su-33 (NATO reporting name 'Flanker-D'), which can perform air superiority, fleet defense, and air support missions and can also be used for reconnaissance and the searching for naval mines.

The two-month expedition, which started on December 5, is aimed at ensuring a naval presence "in the operationally key areas of the world oceans" and establishing conditions for secure Russian maritime navigation.

Defense Minister Anatoly Serdyukov said previously that a total of four warships and seven other vessels of Russia's Northern, Black Sea and Baltic Fleets, as well as 47 airplanes and 10 helicopters, would take part in the 12,000-mile expedition.

In mid-August, Putin announced the resumption of strategic patrol flights, saying that although the country halted long-distance strategic flights to remote regions in 1992 with the collapse of the Soviet Union and the ensuing economic and political chaos, other nations had continued the practice, compromising Russian national security.

The $36 million fighter, which some observers said will become a top plane in its class, has the capability of delivering high-precision strikes under a variety of conditions.